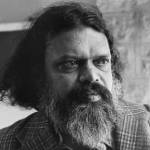 Govindan Aravindan (23 January 1935 – 15 March 1991) was an Indian film director, screenwriter, musician, cartoonist, and painter. He was one of the pioneers of parallel cinema in Malayalam. He was known for his unorthodox way of filmmaking; he changed his cinematic forms consistently and experimented in storytelling without regular narrative styles. Before venturing into the film field, he was an established cartoonist. He had also worked with documentaries and theatre. He also occasionally directed music for other filmmakers. The Government of India awarded him the fourth highest civilian award of Padma Shri in 1990.

Even after many years of his parting, the films of G Aravindan continue to captivate us in all their freshness and creative vibrancy. In everything he did whether it be cartooning, art direction, drawing, music or film, Aravindan was able to make new connections, infuse a certain poignancy, a reflective pace and dignified individuality. His cartoon series Cheriya Lokavum Valiya Manushyarum (Small People, Big World) one of the first graphic novels in Malayalam that appeared in a Malayalam weekly, were complete in themselves as individual pieces, but had characters, a milieu and a landscape that had a certain narrative cohesion and continuity. Being trained in Hindustani music, Aravindan knew how to use music emotively and sparingly. In a career spanning nearly two decades, Aravindan created a body of cinematic works that occupies a unique position in Indian cinema. The degeneration of nationalist hopes and ideals, the rising despondence of the youth, dilemma relating to power and justice, world of local myths and mythmaking, innocence and guilt, displacement and exile – in film after film, he excavated new experiential terrains, unfolded new connections, transgressed boundaries between genres, forms and styles. In a way, one can also look at his films as a creative dialogue between different mediums, of different art forms conversing with each other, pointing at and extending boundaries, creating new synergistic aesthetic engagements. The greatness of an artist is in the aesthetic core of his/her works, which acquire new dimensions with each viewing; it grows in time, with the viewer, or grows with time, in the viewer. They do not get dates, but acquire complex maturity along with us all time, revealing new layers of meaning and emotional folds that outlive the ravages of time. In that sense, Aravindan always remains a contemporary.